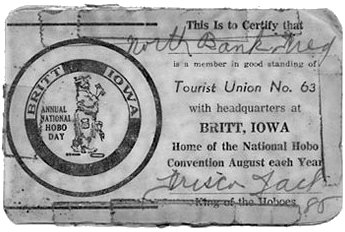 "Cardboard", the road name of L. E. McClary, was probably (with the possible exception of Fry Pan Jack), the closest that a person could come to personifying the "real" hobo as I had ever met. There were times that I felt like looking over my shoulder to see if someone was in fact filming a movie about hoboes, with Cardboard the star. A bit of a loner, it took a stroke of luck to be welcomed by him to his jungle. "Cantankerous", though I don't really have an idea of what it means, seemed to be a word made up to describe him. On a hot summer afternoon in the freightyard in Dunsmuir, having nothing more interesting to share with him, I showed him my "union card" that I got at Britt, IA in 1985 [above], and that was enough to break the ice and begin an all-to-short friendship with a truly unique individual.

In the Spring of 1991, we were again sitting in the Dunsmuir freightyard, and he told me his plans to ride out to the National Hobo Convention in Britt, IA, and asked me if I would like to join him. I'd been back there several times and it was indeed an interesting gathering (aside from the slow trains, heat, humidity, mosquitoes, 3.2% beer, etc.) but it would be great to travel there with the "real deal". I told him that I'd love to ride with him, and he said he's be leaving about the 3rd of the month from So. Sacramento, and we could meet in Oroville. Knowing that the convention is always held on the second weekend in August, I naturally assumed that he meant that he was leaving on the 3rd of August, but I found out, unfortunately for me, that he meant the 3rd of July, so as to have enough time for a leisurely journey across the country.

Below begins a series of postcards that he sent me during his train trip. I was crestfallen to find out that he had waited for me in Oroville when I wasn't planning on leaving for a month, but these were the days before cell phones, so I had no way of getting in touch with him. Actually, even if there were cell phones at that time, you'd have to hold a big gun up to his head to even get him to touch one. He was a firm believer in traditional tramping, and even if it was well over 100° outside you couldn't wear short pants around him and still call yourself a tramp. Bear in mind that he's one of the few individuals in the world with handwriting worse than mine. 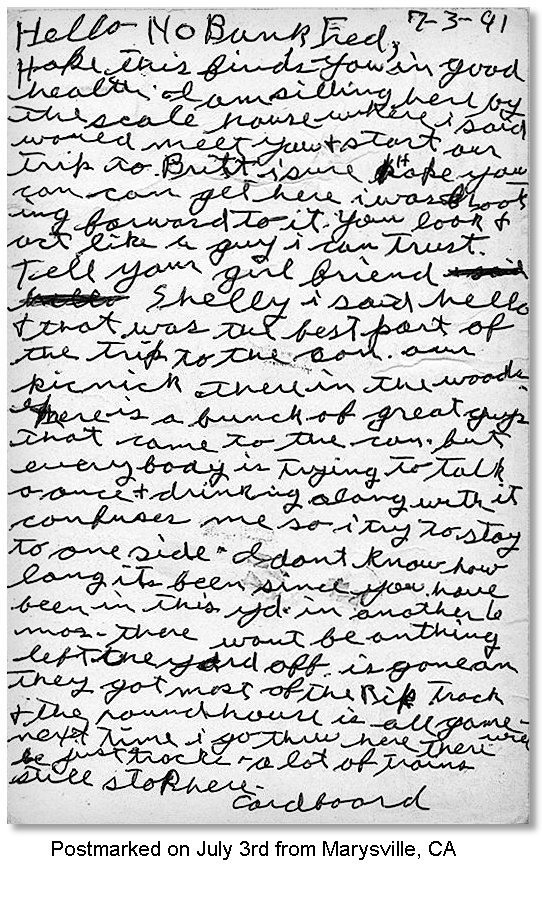 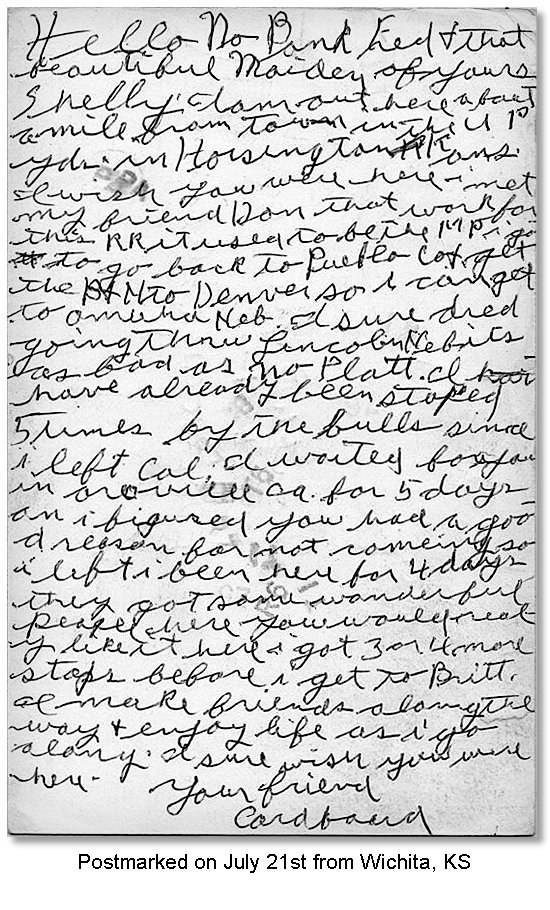 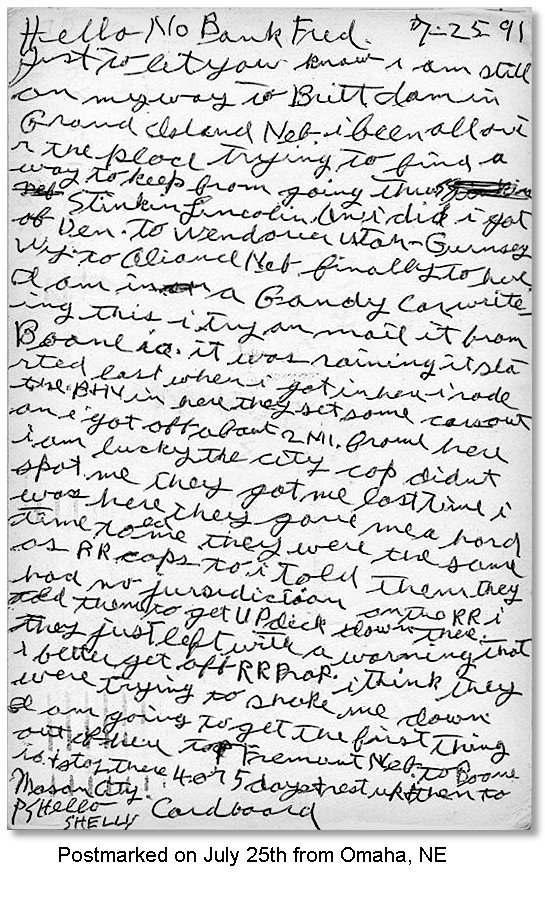 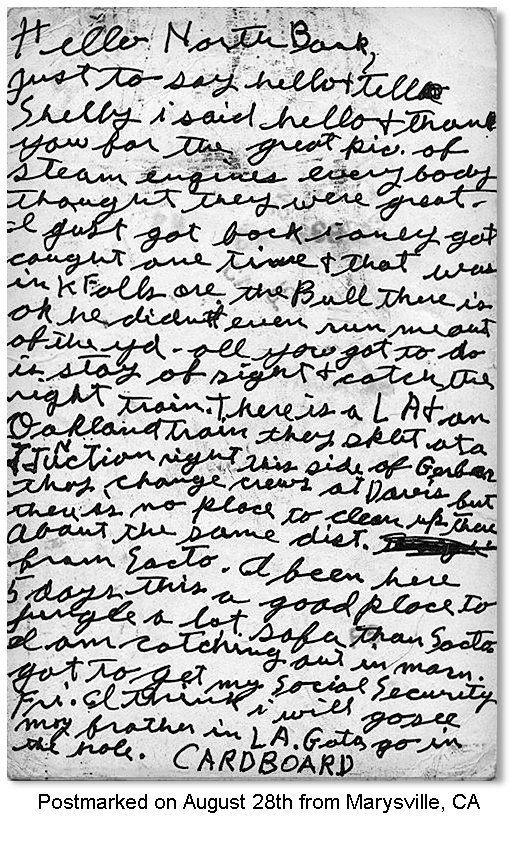 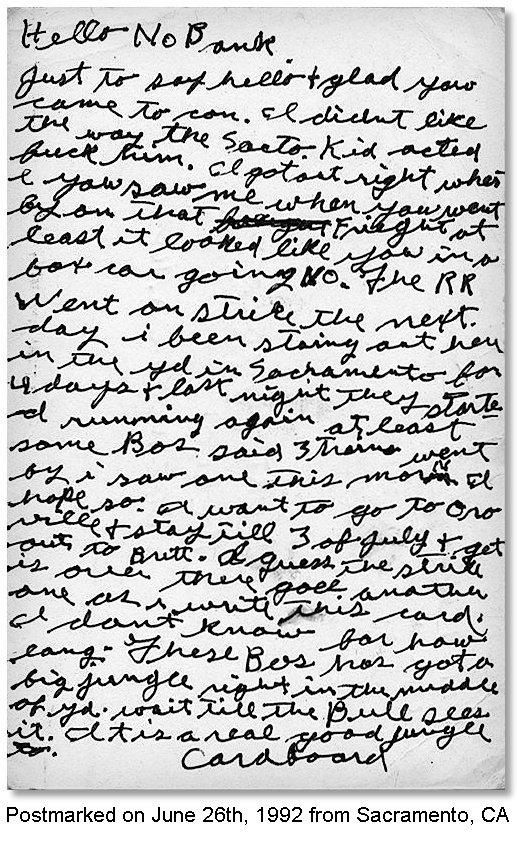