In December of 1981 I was again headed down to LA for Christmas with my family. Not wanting to take a chance on the lightly traveled Coast Route, I decided to leave from Roseville. It had been raining for days and didn't show any signs of letting up, so I fervently hoped that I could get some sort of "inside" ride going down the Valley. Well, not only did I not get an inside ride, but I had to share the back of an already soaked grainer with three other tramps [below] who fortunately bailed off in Sacramento. 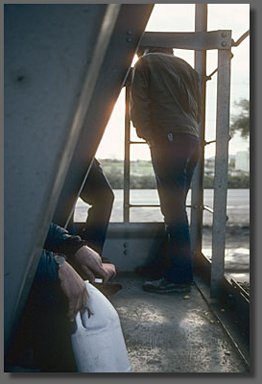 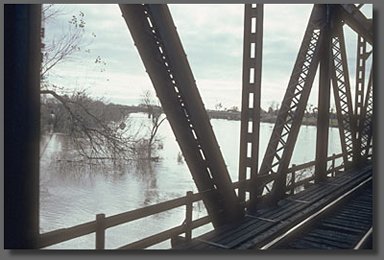 Here we are crossing the flooded American River [above] coming up to Elvas Tower, with the bridge being replaced because of fire over 25 years later. 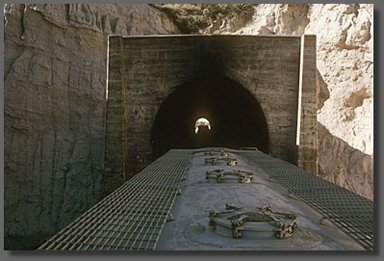 After a soggy sleep through the Central Valley I woke up in warm, dry, Southern California, where I rode the top going into [above] and out of [below] a tunnel. 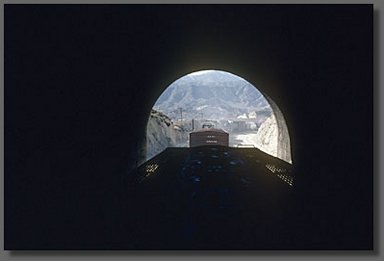