This, our fifth year of gathering together the faithful (though unwashed) in Dunsmuir, had to be different. Playing "Cowboys and Indians" with the Sheriffs last year left us with precious little time left for drinking, swimming, and talking, so a new approach was called for. I was able to get a Temporary Use Permit from the owners of the property where the jungle is located, giving us permission to "be there" for a whole week. Unfortunately, it required us to provide our own insurance for the time that we were there. Considering the various injuries that we accrued last year, this seemed like a wise, though expensive, idea. Impassioned pleas for donations were broadcast via email and in no time we had over half of the money raised, with the remaining part promised to arrive in time for the gathering. As a surprise icing on the cake, Dirtyface sent a check to cover the entire amount, which not only caused me to take back a good part of the slanderous things that I'd said about him to anyone who would listen, but gave us a bankroll to use for next year's party.

Next on the agenda was obtaining a campfire permit, which proved to be much more problematic than I had anticipated. After talking with the property owners, the City Manager, the Fire Chief, the California Department of Forestry, and the U.S. Forest Service, the jungle was thought to be outside the Dunsmuir City Limits, so a simple campfire permit was all that was required. A group of four county Sheriffs also paid us a visit in the jungle, looked over our paperwork, and cheerfully left after reminding us to keep the fire to a reasonable and safe size. I sensed that "something" was wrong because we'd been there for several days and had absolutely no problems with anyone in an "official" capacity. True to form, another group of Sheriffs appeared later and stated emphatically that we were indeed within the city limits and would have to put the campfire out. Being quite familiar with their propensity of conjuring up all manner of "laws" on a moment's notice, we relented and went fire-less. The peculiar trait of Dunsmuirians to have "too many Chiefs and not enough Indians" was borne out again later when several different people, all claiming to be "in charge", either stated that we could or could not be in the Parade.

One agency that did, however, provide us with help, if not outright encouragement, was the Union Pacific Railroad. They graciously allowed us to park a sorely-needed Porta-Potty on their right-of-way, and the local Special Agent and even the yardmaster came down to the jungle to meet us and stress the "Ride Safe" policy, among other things. This minor miracle helped to dim the effects that the lack of a campfire created, and the almost non-stop cooking, eating, and drinking resumed. Some obviously unofficial counts gave out the amount of attendees at close to 100, but there were always people away from camp swimming or whatever, and the rather homogeneous appearance of most of the riders allowed for some people (except for maybe Lee) to be counted twice.

The fact that probably twice as many people showed up than were expected made the cooking (and the single toilet) the first two items that I'm going to have to work out for next year. However, the weather was perfect, the river, though a tad high, was every bit as "warm" as I remember it being last year, and the cleanup went surprisingly quick due to a concerted effort on everyone's part to keep the dirty dishes and trash under control. Though the "movies at the theater" scene had to be moved to the cramped Castle Rock Inn due to the theater construction crews being on "Dunsmuir time", maybe next year that will materialize and there will be more to do "in town". It was a great party and below are 10 of many photos I took during the week: 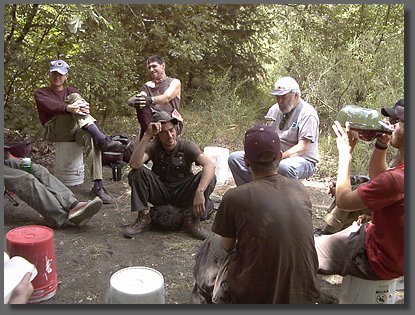 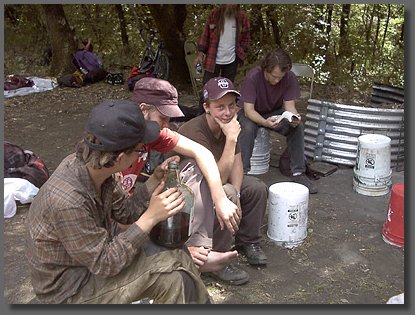 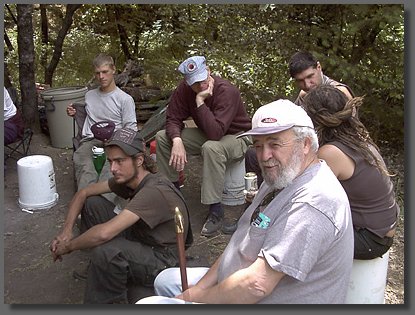 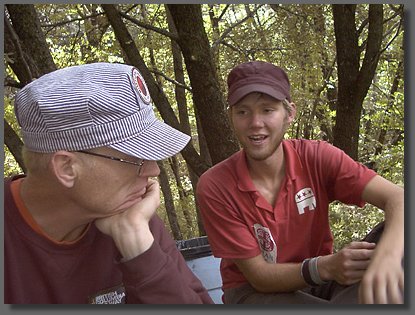 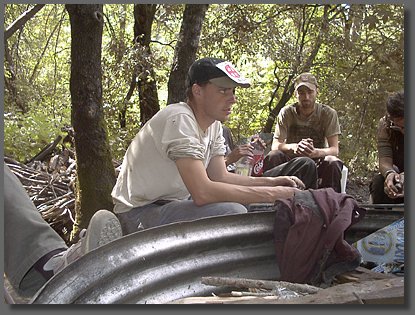 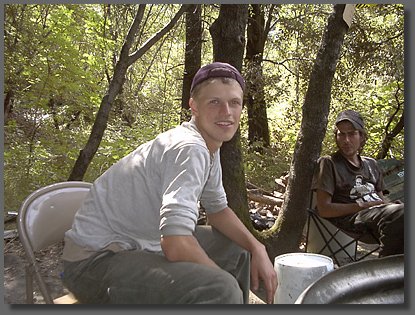 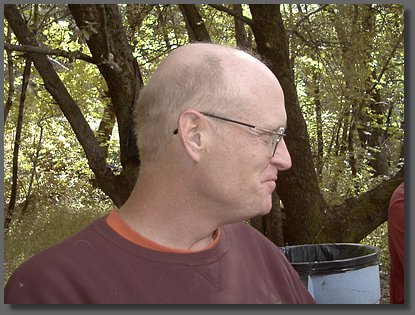 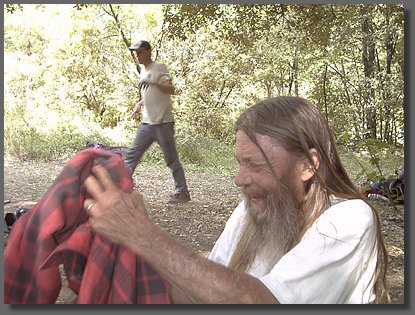 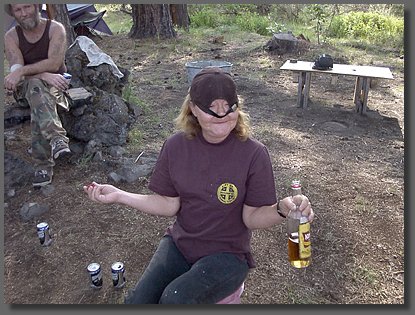 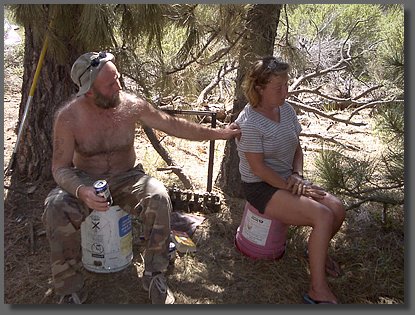