These are 20 photos from a "railfanning" trip I took with "Short Track" and "Mr. Grinch" 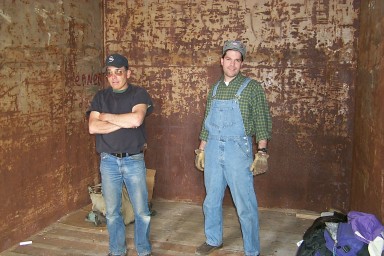 April 17 - Dunsmuir - Short Track and Mr. Grinch tremble with excitement as we wait for our train to get underway in the Dunsmuir yard 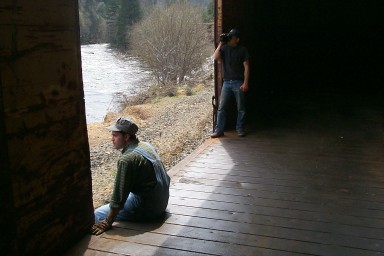 Cruising (and filming) along the Upper Sacramento River above Dunsmuir 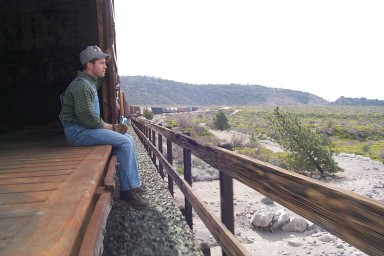 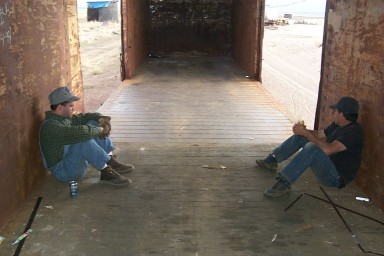 Boredom begins to set in... 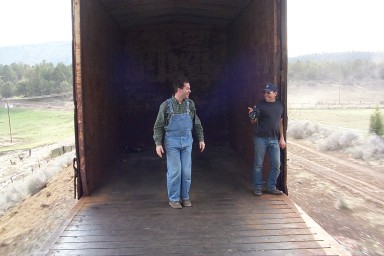 A few more beers and the party's in full swing again 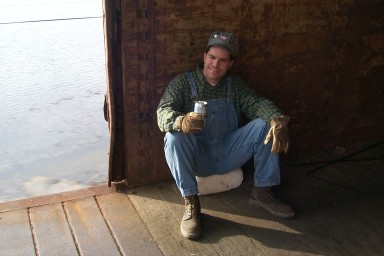 Mr. Grinch and his styrofoam "chair" 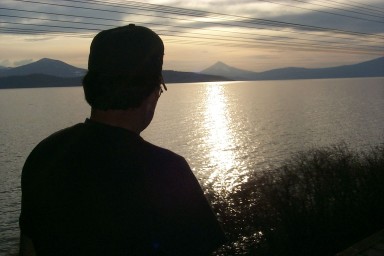 Short Track is mesmerized by the sunset over Upper Klamath Lake 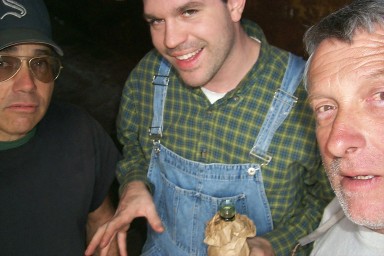 We all agree to a "group portrait" 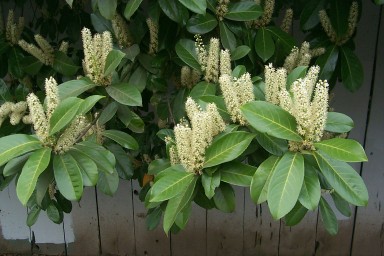 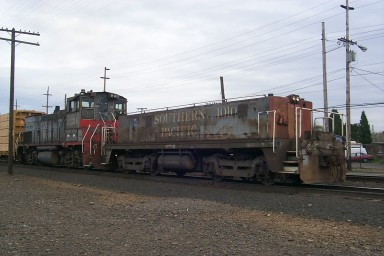 Posing as "railfans", we saw this ancient SP slug in the Eugene yard... 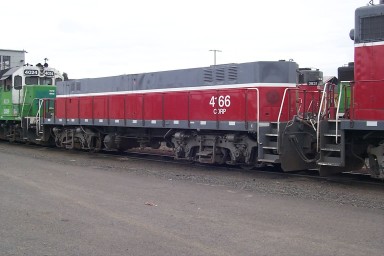 ... and a much newer CORP slug near the roundhouse 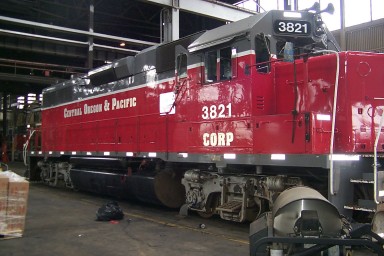 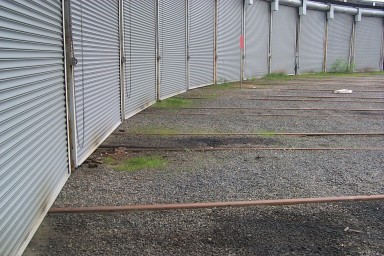 Lots of stalls along the business end of the roundhouse 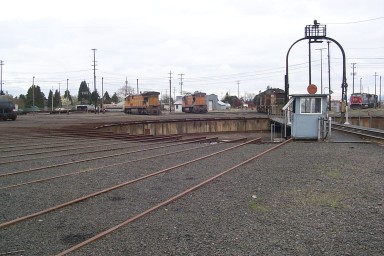 Turntable with new road power on one side... 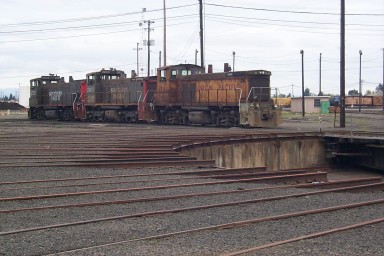 ... and old yard goats on the other 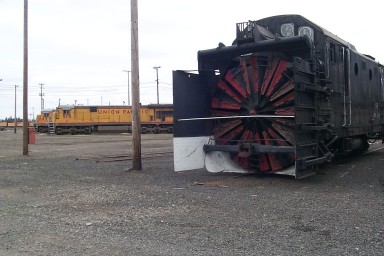 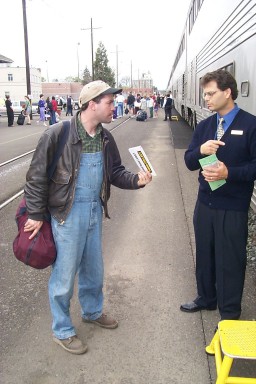 Exhausted from a hard day of railfanning, Mr. Grinch boards the "cushions" for the ride back up to Portland 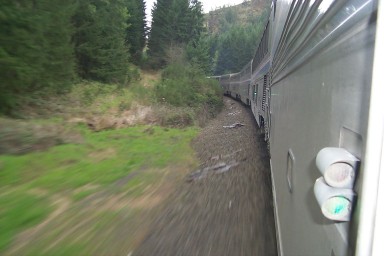 April 19 - Eugene - With Short Track already headed home on Greyhound, I "weenie out" and take Amtrak back to Dunsmuir 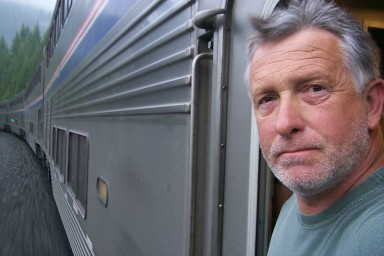 Hey, this ain't so bad after all! 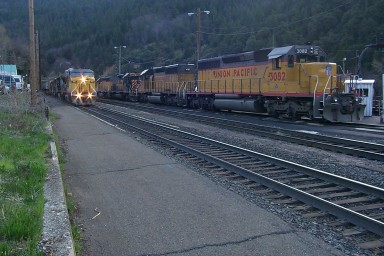 April 20 - Dunsmuir - After getting in after midnight, I slept near the yard 'till morning and watched a southbound pig train roll through