In March of 1981 I was headed down to LA along the Coast Route. A chilly morning found me at the south end of SP's Desert Yard in West Oakland, without a doubt the most scenic location in West Oakland at the time. Awakened from a slumber under the Adeline Ave. bridge, I hurridly packed up as a healthy set of power was ready to back down into the yard and couple up to a southbound train [below]. 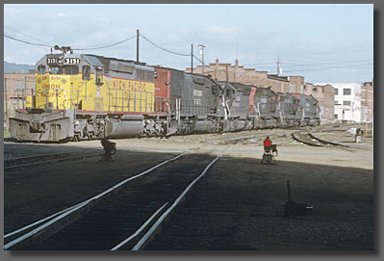 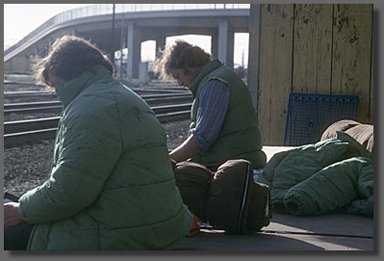 Moving to a nearby loading dock to wait, I joined two other tramps also headed to LA [above]. 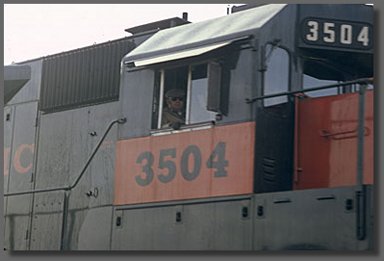 While we waited for our train an eastbound Western Pacific train crossed the diamond headed to Stocton [above].

Just as our train was pulling out of the yard, this nattily-dressed fellow strolled past [above]. 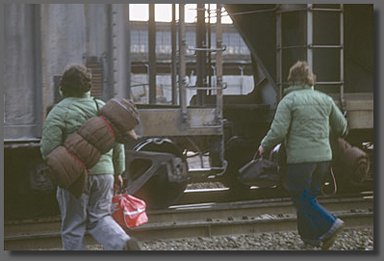 Since my companions had staked out this location before I arrived, they were allowed to "board" first [above]. 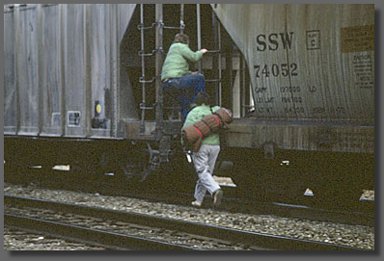 As they nailed (for some reason) the "windy" end of a grainer [above], I waited and got a nice ride several cars behind them, and had an uneventful ride down the coast.