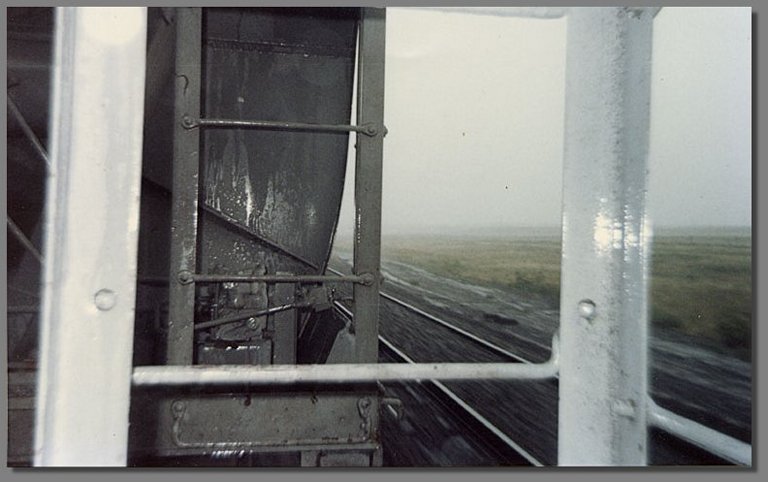 Somewhere west of Cheyenne on the UP. After baking for hours on the sunny end of a hopper on a hot August day and thinking that I might never be cold again we hit this thunderstorm. I couldn't crawl in the hole because it was already occupied by a long-dead rodent so I had to just hang out in the rain and enjoy it, even though it was like sitting in a car wash for 15 minutes. 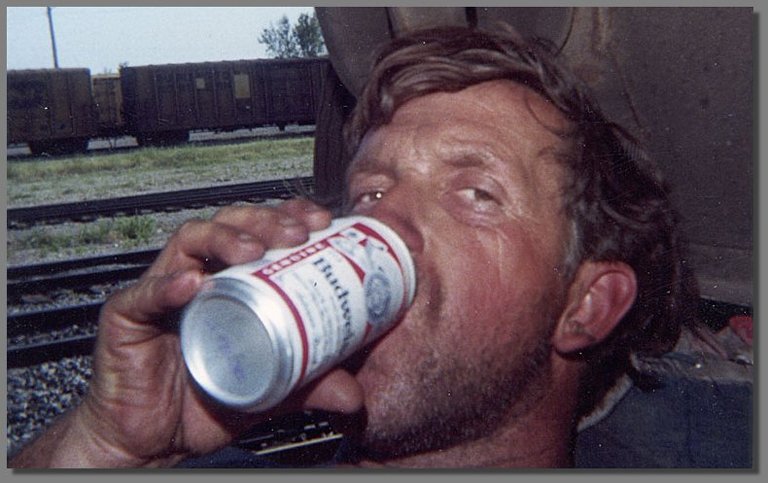 On the way back from Britt in 1984 we stopped in the Dilworth, MN yard for a crew change. A friendly brakeman told me that the outbound crew wasn't ready yet so I hoofed it over to the nearest store for some much-needed beer, as the temperature was 101 degrees with 44% humidity. Thanks to an incredibly inept cashier I almost missed my train and had to catch it on the fly with the six-pack in one hand and a water jug in the other. The beer, though shaken up a bit, hit the spot and a fast piggyback train got me back to the west coast in a hurry. 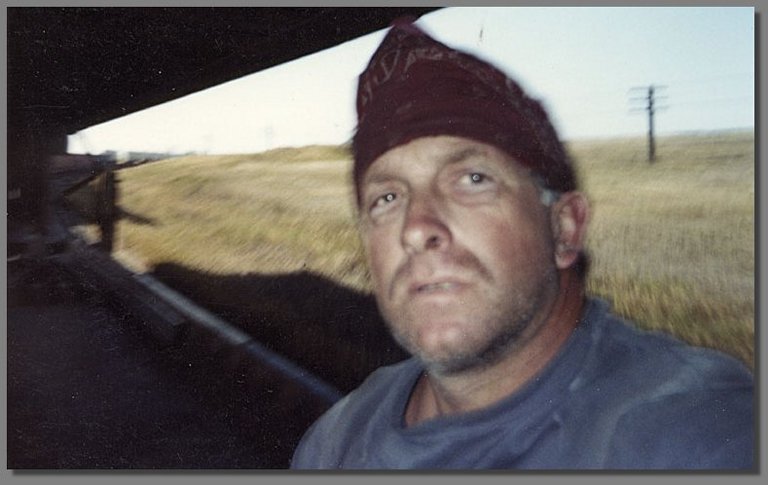 On another trip to Britt I took this picture somewhere in eastern Montana, headed toward Minneapolis. It was weird seeing green grass in August - when I left California everything was brown. 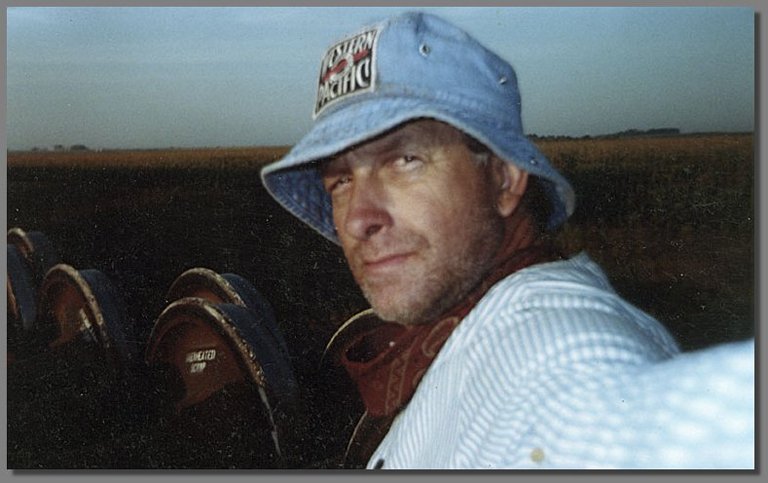 Leaving Britt I hitched to Mason City and had an unusual ride down to the UP mainline at Nevada, IA on this flat car loaded with new freight car wheels. After getting over the initial fear of what might happen if it derailed, the ride ended up being smooth and slow, just what I had hoped for. 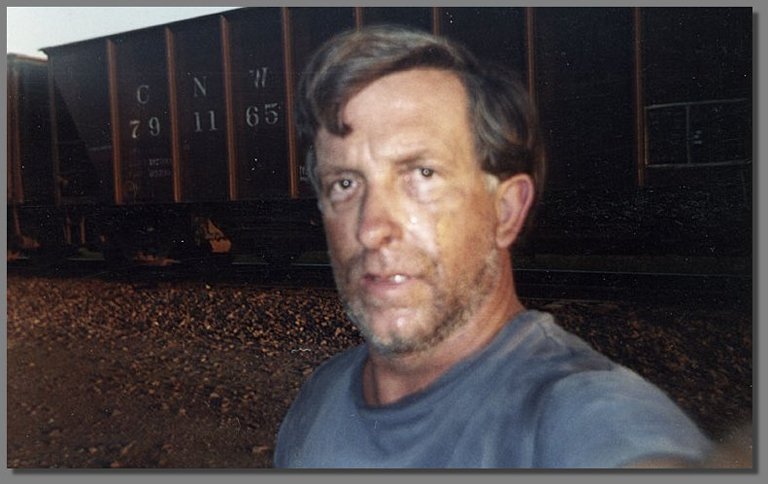 Due to the sub-20 mph "speed" of our train I just missed a fast westbound pig train in Boone, IA and had to spend a long, hot, and humid day in the yard. This town is definitely not the place to look for good Mexican food in, but a burrito that was 99% refried beans kept me occupied until the next train stopped. 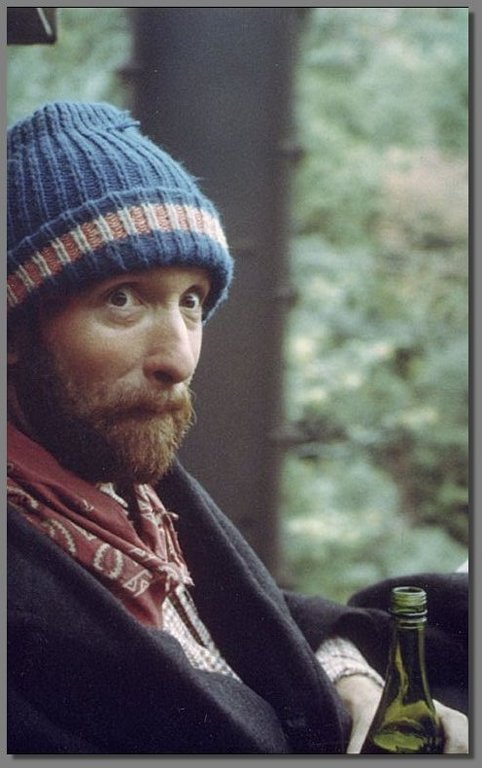 Riding up the canyon from Dunsmuir on my way to Washington. This was a winter trip and the weather would end up deciding which direction and how far we went. 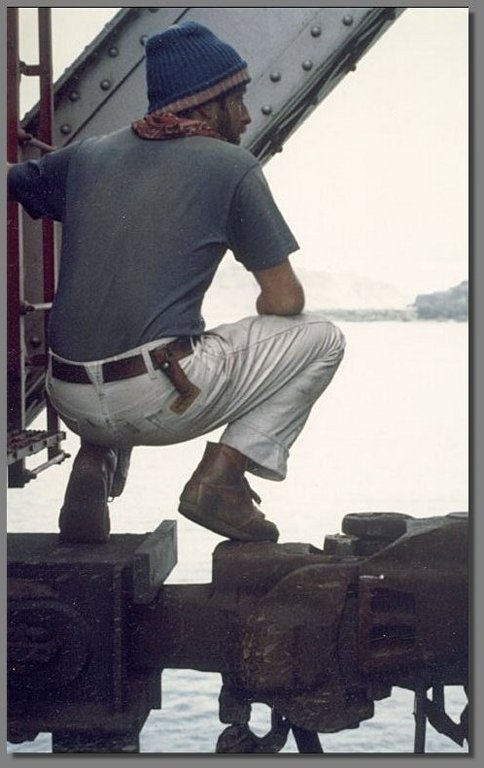 An hour or so was spent over the Columbia River waiting for the drawbridge at Wishram to be lowered after a couple of barges went downstream. 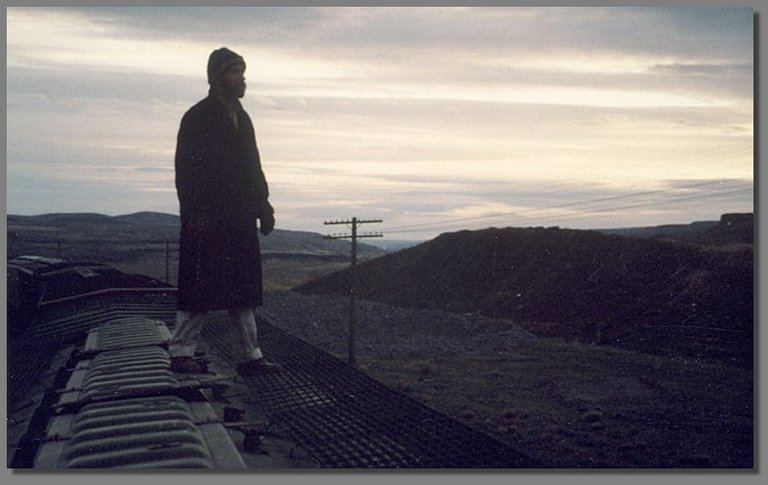 Boredom and long stretches of smooth, flat track in eastern Washington made "riding the tops" an interesting pastime. 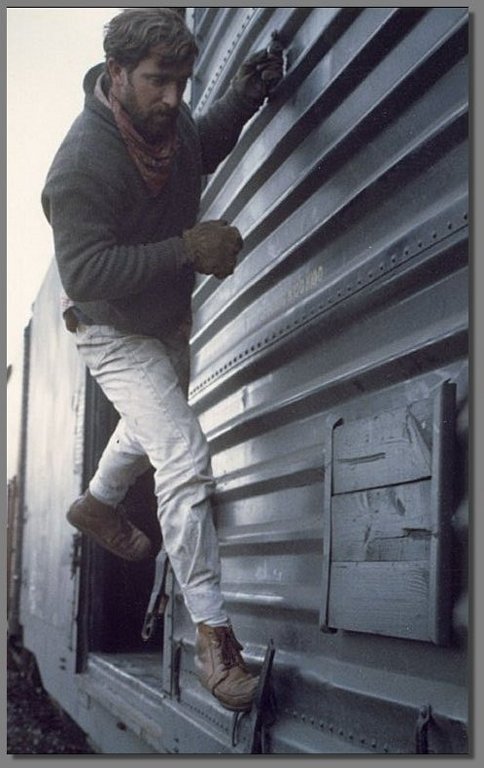 Even more boredom from going in the hole for numerous trains led to a "boxcar traversing" contest. 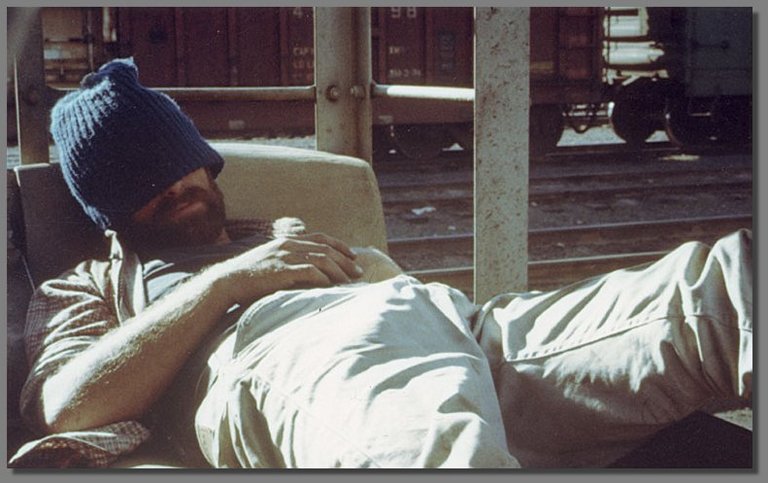 Spokane is as far as we went, and after hitting the Sallies for clothes and whatnot we're waiting on a southbound junker to leave for Pasco and the Oregon Trunk.