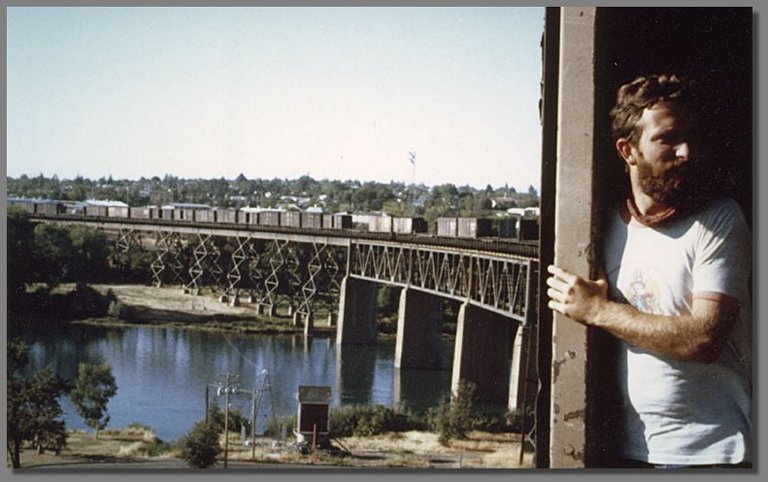 In the summer of 1976 some friends of mine and I rode from Roseville to Klamath Falls to take the Bieber Line back on the Burlington Northern. This picture shows us crossing the Sacramento River in Redding. 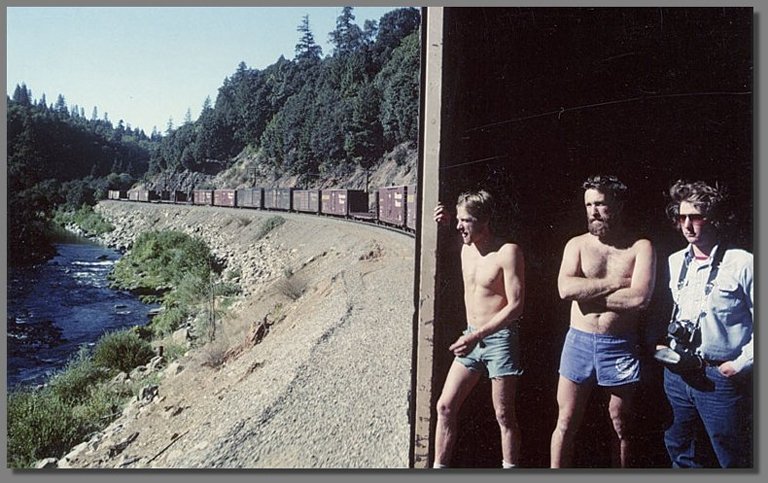 Here we are enjoying the morning sun in the Sacramento River Canyon below Dunsmuir. 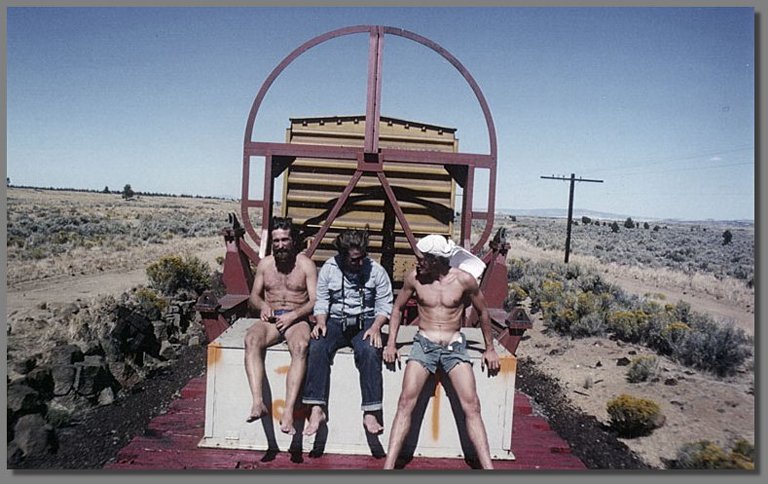 We switched over to BN in Klamath and caught out toward Bieber on a very hot day. Unfortunately, the only ride was this old-style Boeing car that had practically no shade. 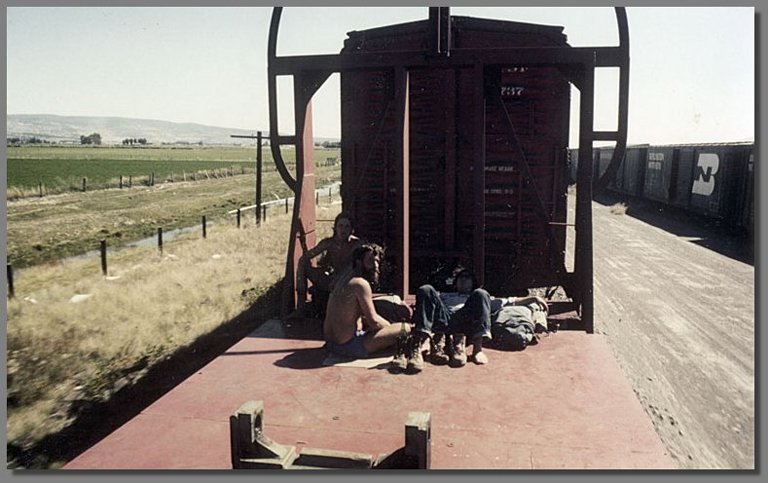 After stocking up on beer in Bieber we took off for the Feather River Canyon with finally some shade to enjoy every now and then. 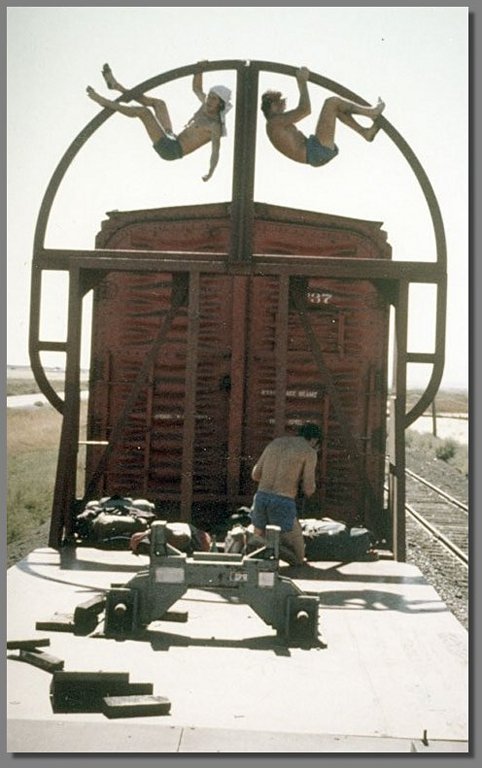 Since there were only a few trains on this line each day, when we did go in the hole for a meet it seemed to last forever, so we resorted to a rigorous "exercise" program whenever possible. 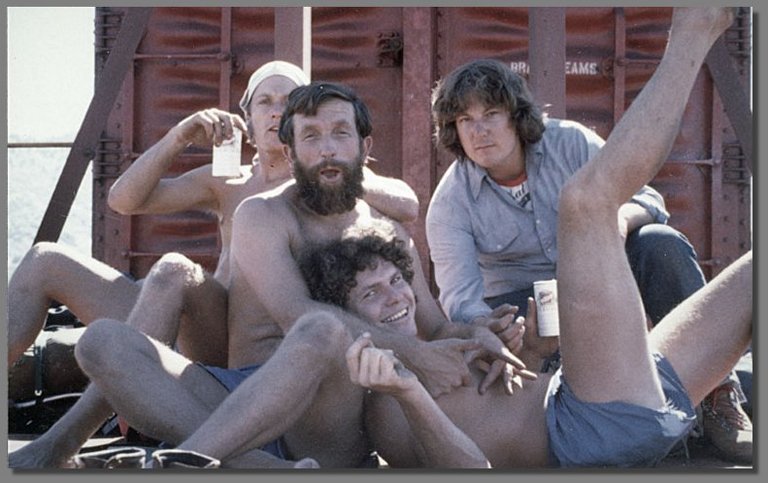 As the beer supply became exhausted we discovered that one of our "passengers" was extremely susceptible to tickling and we entertained ourselves with this new-found knowledge whenever possible. 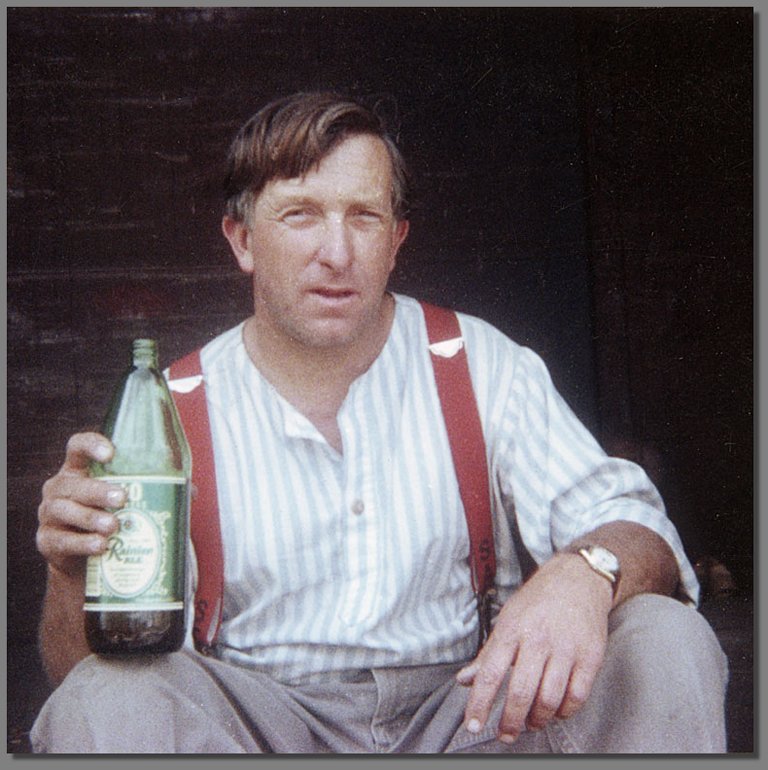 After hearing that there would be an excursion train with two steam engines coming down to Bend from Portland it became a cheap excuse for a train trip up to Bend to see them. We found a nice boxcar in the yard to hang out and drink in but the local police rousted us just as the steam train pulled into town. Apparently the steam engines were going to stop right next to "our" car and the city felt that our presence would be detrimental to all of the railfans that were crowding around. 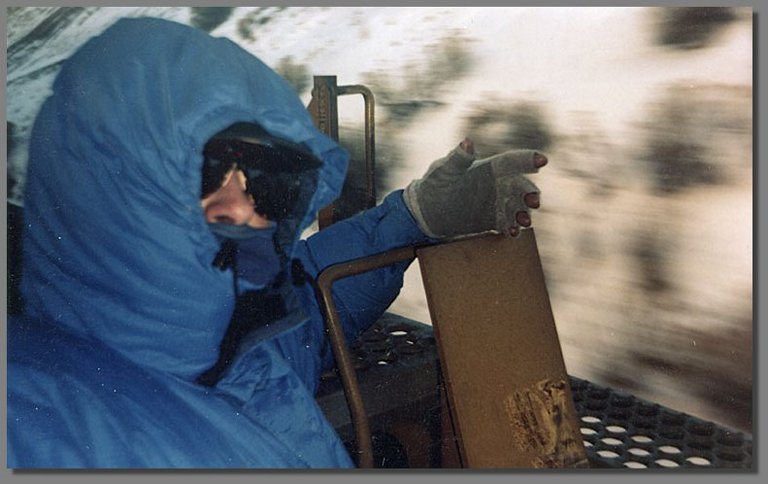 This picture was taken on the UP line at Chilcoot Pass, about 20 miles east of Portola. Another winter trip across barren Nevada was coming to an end and I couldn't wait to bail off in Portola and get some hot coffee. Due to a rock slide in the canyon my train was delayed for awhile and I was able to get back on the same car I'd ridden since Salt Lake for the remainder of the trip to Oakland. 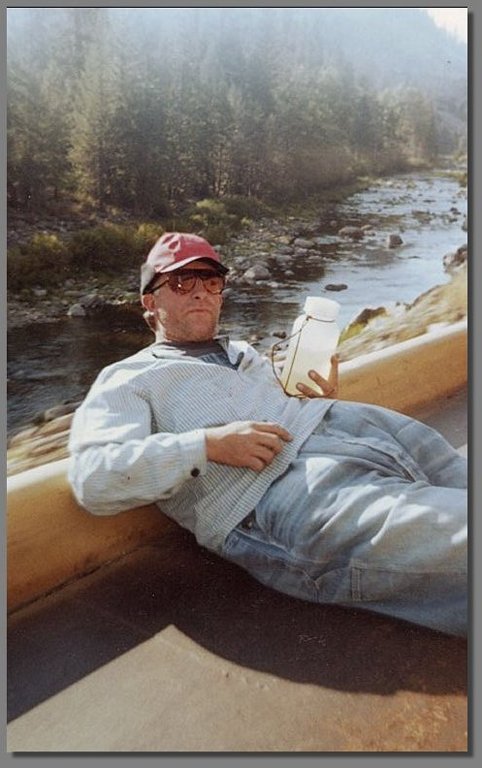 Another trip down the Feather River Canyon, this time in the summer. Our pig flat only had one trailer on it so we used the front half as a "sundeck". 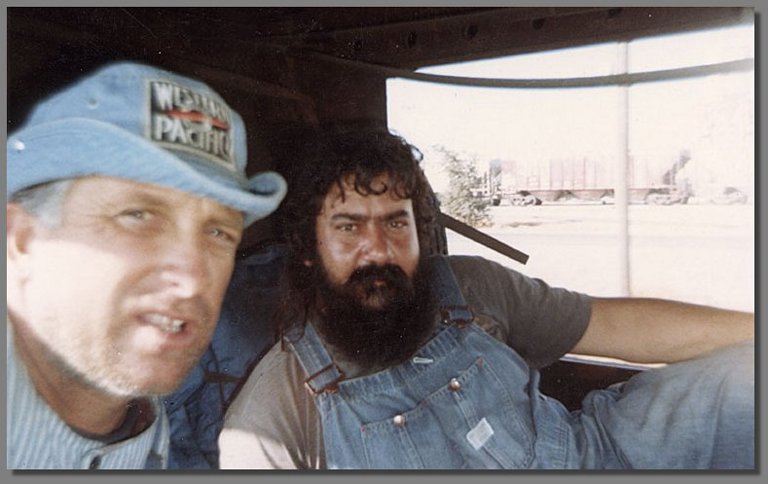 After a quick crew change in Stockton we're pulling out of the west end of the yard headed to beautiful downtown Oakland.